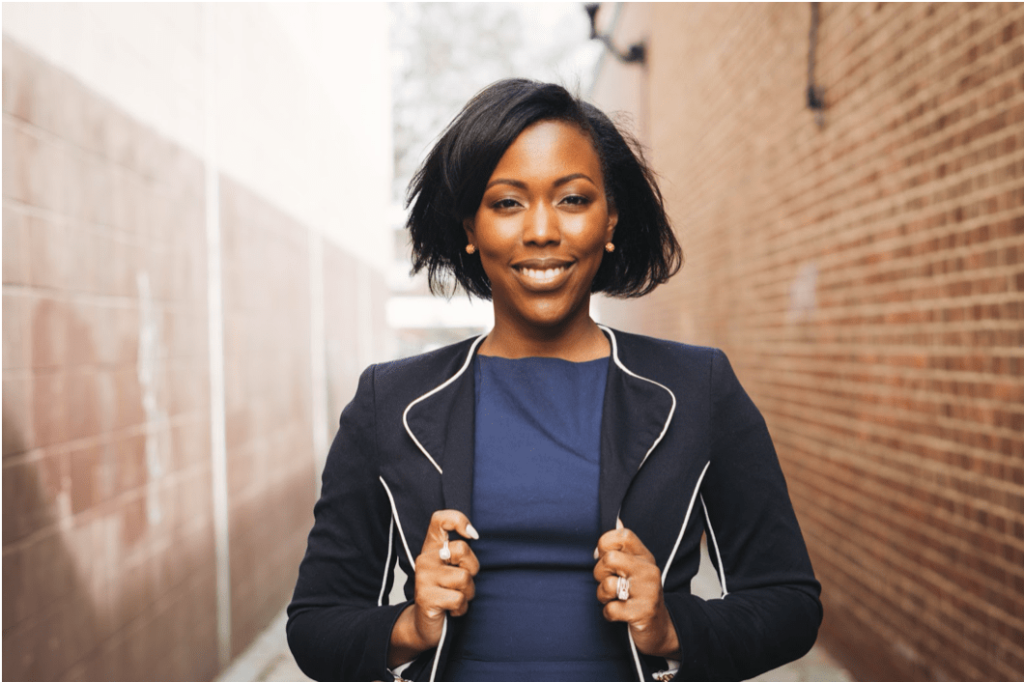 As a native and resident of Newark, NJ, Shennell McCloud is the founding Chief Executive Officer of Project Ready and has successfully channeled her experiences to become a social activist, empowering hundreds of New Jerseyans to take on leadership roles in their communities.

As the leader of Project Ready, Shennell has worked to close the opportunity gap and improve life outcomes for Newark’s children by empowering her community to demand excellence from local schools. Her work is centered on growing the base of local voters, mobilizing the voting base to turn out at local elections, and developing future leaders to improve the city’s schools and its future. In the last year, Shennell organized the 1,000 Newarkers Vote By Mail campaign to increase Newark’s turnout, and successfully advocated for the passage of bills to allow New Jerseyans to register to vote online and expand access to mail-in ballots.

Shennell is also the co-founder of the New Jersey Parent Summit – an event dedicated to bringing together change-makers from across New Jersey. Since its inception in 2016, the event has seen its 400+ total parent attendees grow into elected officials, leaders of nonprofit organizations, and powerful grassroots advocates. It has demonstrated that when change-agents come together to advocate for our children and communities, there is nothing that they cannot accomplish.

For seven years, Shennell supported and directed recruitment for the KIPP Schools in Newark. Shennell officially became Director of Recruitment in 2011, where she led and developed a team of seven recruiters. The team was responsible for the recruitment and selection of over 300+ employees. In July of 2014, Shennell became KIPP NJ’s Director of Advocacy.

In 2019, Shennell organized the 500 Princess Dolls for 500 Princesses giveaway. Bringing life to a vision she’d held since the birth of her daughter Avon in 2016, she managed to procure 500 dolls in three different shades of brown, and gave each one to a young girl in Newark. Recalling the fact that her own childhood lacked female role models who looked like her, Shennell wanted each black and brown girl to know she is a princess, and to have a doll that reflects her boundless beauty and innate power.

Shennell lives in Newark and is raising her three: Avon, Adonis, and Avel.